A century after suffrage, why are women still underrepresented in Congress? 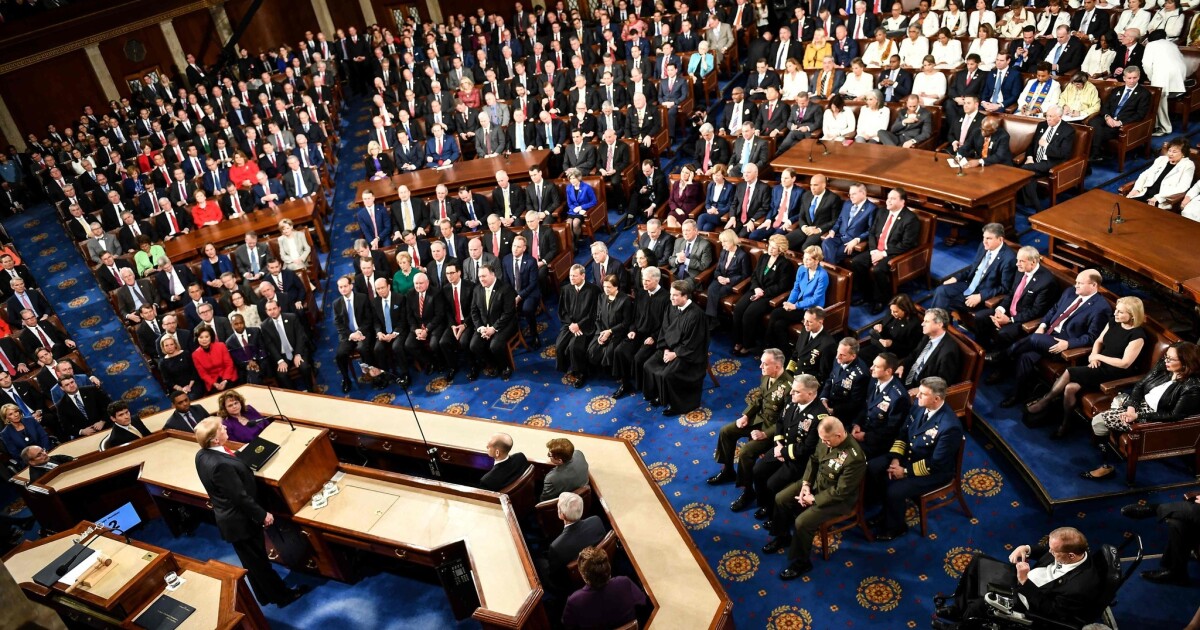 As the nation marks 100 years after the 19th Amendment was ratified, women make up just 23.7% of Congress, the largest number in U. S. history, but less than nearly every other developed country.

Women lead House and Senate committees, preside over the House and have been nominees for president and vice president. But according to Rutgers’ Center for American Women and Politics, only 359 women have served in the U. S. Congress to date, compared with almost 12,000 men.

The women comprised 243 Democrats and 116 Republicans. Most have been in the House. California has sent 43 women to Congress, more than any other state.

Only four of the world’s 195 countries have legislative bodies where women hold at least 50% of positions — Rwanda, Cuba, Bolivia and the United Arab Emirates, according to the World Bank, mostly a result of quotas. But dozens of countries have a greater percentage of female lawmakers than the United States, among them Mexico, Spain, Ethiopia, Vietnam and Iraq.

To mark the centennial of the 19th Amendment, The Times spoke with female members of the House and Senate about the state of their representation in the nation’s most important legislative body.

When the woman who would become the first female speaker arrived in Washington in 1987, she and the other 11 Democratic women in the House made a conscious decision to focus on increasing the number of congresswomen in their party. They recruited, they raised cash, they stumped for women across the country.

So when women were roused by the treatment of Anita Hill by an all-male Senate Judiciary Committee considering the Supreme Court nomination of Clarence Thomas in 1992, the ground was primed. Similarly that work paid off after the election of President Trump, despite multiple allegations of sexual misconduct and his own admission about grabbing and kissing women without consent.

“We made a decision to reach out, to do the outreach. When there was a spark like ‘92 and ‘18, we were ready. Most importantly they were ready,” Pelosi said. “It’s really a joy to behold, but it was really a decision way back when.”

Pelosi often tells an anecdote about her first meeting at the White House as speaker. President George W. Bush took a moment to mark the historic occasion of a woman being elected as speaker, and as he spoke, Pelosi says, she felt the pressure of famous suffragettes alongside her.

“I could hear them say, at last we have a seat at the table, and then they were gone,” Pelosi said. “The first thing that came into my mind … was: We want more. We want more.”

Other countries have prioritized female representation while the U. S. has not, Lee said.

“They made a conscientious effort to write it into their constitution. Countries that achieved parity have that in their framework,” Lee said. “We don’t have that in America.”

Lee points out that not all women were suddenly able to vote when the 19th Amendment passed. For women of color, it was years or, in the case of Black women, even decades before they were allowed to vote in many parts of the country because of discrimination.

“Each generation we have to say enough is enough,” Lee said. “Suffragettes weren’t given the right to vote. They had to fight for it…. So we’re still fighting.”

But when women get to Congress, they bring different experiences to the conversation that go on to inform policy, Lee said. She raised two sons as a single mother while she put herself through college, at times relying on public benefits.

“It was challenging to say the least,” she said. “I know the need for a bridge over troubled waters. I know what SNAP benefits do to help families and keep children from going hungry. So many women in Congress have had those experiences. I’m not the only one.”

Sanchez spent six years as the only woman on the powerful House Ways and Means Committee, which has jurisdiction over tax writing and several social safety net programs, such as Social Security, unemployment and Medicare.

The committee would talk about child care, and “it would just infuriate me when I would hear members on the other side of the aisle say, ‘Can’t the grandparents watch the kids?’” Sanchez said.

As the committee has gained more female members, it has focused on a tax code that is more fair, government investment in child care and elder care and solutions to the nation’s staggeringly high maternal mortality rate, she said. “Because [these issues] don’t impact men, men are not the first ones to jump on their feet and say we need to do something,” Sanchez said.

The Ways and Means Committee was negotiating the final language for the Affordable Care Act when her son was born in 2009, and Sanchez cut her maternity leave short to attend the daylong meetings — stepping out periodically to breastfeed her infant — to ensure that a provision banning insurance companies from charging men and women different rates for the same insurance plan was included.

“Think about if I had not been there? Where would women be with their healthcare premiums?” Sanchez said.

Americans still have the expectation that women will be the primary caregivers, and it has kept women from running for higher office, she said. In other developed countries “there isn’t the stigma or the belief that somehow it solely falls on the shoulders of women,” Sanchez said.

Speier shows schoolchildren visiting her Capitol Hill office framed copies of two letters from the National Archives. The first is an 1871 letter from Susan B. Anthony and Elizabeth Cady Stanton asking the House to take up the right to vote and the other is a 1917 letter opposing it from the women-led National Assn. Opposed to Woman Suffrage.

The documents illustrate two things: how long it took to get the right to vote, and how hard it was to convince even some other women that it was the right thing to do. Both lessons remain relevant today.

“There’s always an excuse for why there is not equality,” Speier said.

It’s not enough to get a woman at the table, she said. There needs to be enough women in Congress that their issues cannot be ignored.

“One woman doesn’t do it unless you’re Nancy Pelosi. One woman is not enough,” she said.

Speier has pushed for Congress to address sexual assault in the military, but for years she said her mostly male colleagues on the Armed Services Committee were not supportive.

The issue became a priority when more than a dozen women joined her on the committee and as more women served in the military.

“All of a sudden it has more credibility,” Speier said.

“We are still locked in a construct that creates huge obstacles to women in the workforce,” Speier said, noting that other countries have universal child care and pre-kindergarten programs to help women in the workforce. “I think more women are going to recognize how important it is to be making the rules.”

America also has a different way of speaking to men and women about ambition, Baldwin said. For men, it’s seen as a strength, for women a detriment, she said.

“We don’t send the same messages to our young men and our young women in terms of aspiring to public service and seeking public office,” Baldwin said. “If we are sending different messages, … that’s problematic.”

But as women see other women serve in office, they realize “this isn’t breaking into a man’s world, this is now aspiring to do something they see women doing, and doing well,” Baldwin said.

“For well over two centuries predominantly male bodies have been governing without us,” she said. “It’s less than half of the time of our democracy in the United States that women have been enfranchised, and we won’t be done until we are half or more of the representation and governing officials.”

When Brooks first ran for Congress in 2012, she carried a poster of Cecil Harden, the first Republican woman elected to represent Indiana in Congress in 1949.

“It’s very humbling to think a hundred years ago that my great-grandmother was born at a time when women could not vote and then saw women have the right to vote,” Brooks said.

Brooks, the 2020 recruitment chair for House Republicans’ campaign arm, said that after watching the historic gains in the number of Democratic women in the House in 2018, recruiting GOP women was a priority. There are 88 female Democrats, and just 13 female Republicans in the House.

Eighty of the 228 women who filed to run as Republicans in 2020 made it through their primaries.

The parties need to focus on helping women with fundraising and training programs specifically aimed at women, she said.

“We’ve tried to do more mentoring and tried to be more helpful,” Brooks said. “A lot more of our male colleagues got really focused on it.”

Porter, a single mother of three, said the most exciting part of the 2018 surge of women elected to the House was the diversity of economic, religious and family experiences they brought. Women are traditionally more likely to run for office if they have no children, or if their children are grown, but the 2018 class includes several with small children.

“As long as that is our definition of women in office, we are limiting the number. But we are also shortchanging ourselves as a country,” Porter said.

She said the country’s lack of paid maternity leave or affordable child care sets the foundation for women not being able to run for office.

“Yes, it’s electing more women. We also have to elect men and people of different gender identities … who are thoughtful about the challenges that women face,” Porter said. “Part of the way you get out of a cycle is having men and women step up and work on this problem.”