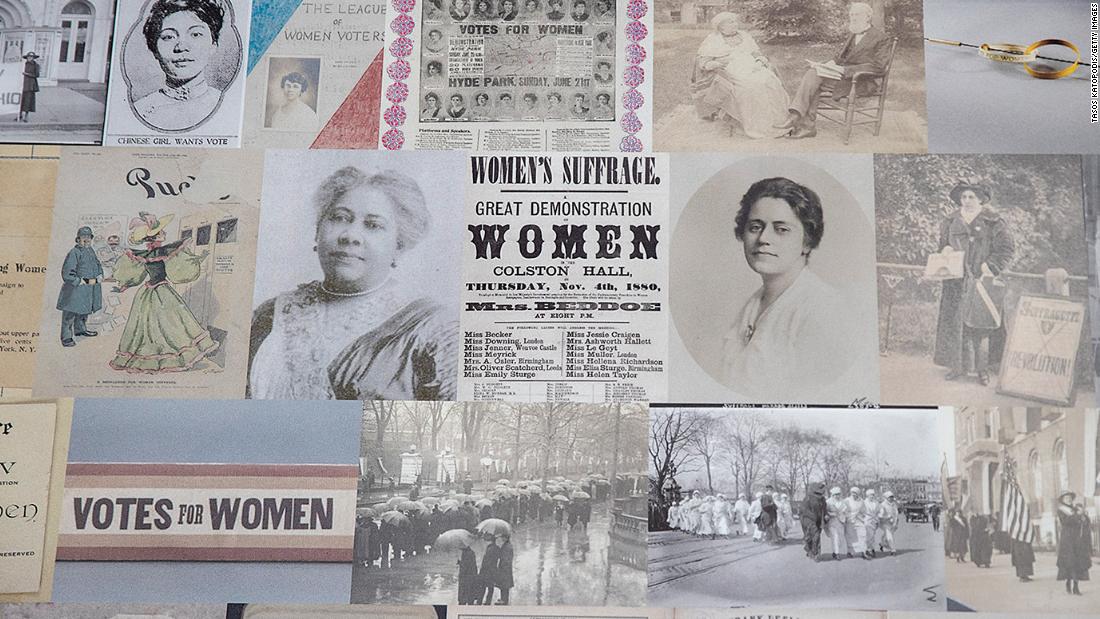 In an unthinkable 2020, we mark the 100th anniversary of the ratification of the 19th Amendment, which in theory granted American women the right to vote (though in practice, left many women of color locked out of the vote until the passage of the Voting Rights Act over four decades later).

As we mark this complicated and seismic occasion for American women, we are living in a moment that would have seemed unfathomable for many of us even just months ago: a pandemic, a fraught election campaign, calls for racial and social justice that continue unabated. While there has certainly been progress in the path toward gender equity since the 19th Amendment was ratified—including the fact that more women than ever in history are running for Congress in 2020 and Kamala Harris just became the first Black and South Asian female vice presidential candidate of a major political party—there is still much work to be done.

There is still a persistent wage gap disparity, and women remain vastly underrepresented in all levels and sectors of leadership here in the US and around the world. At the start of this year, only 15 of the 193 United Nations countries were led by women, and that has now dropped to 13. Women currently make up only 23.7% of the US Congress and only 5.8 % of Fortune 500 CEOs—and these numbers fall even lower when it comes to women of color. There are also concerns about how the pandemic is disproportionately impacting women and other marginalized groups, whether in the ways they are suffering more financially or the failings in our caregiving systems that are forcing many women to drop out of the workforce to take care of their children, slowing or even reversing whatever progress has been made.

From the vantage point of this turbulent moment, and as we look back at 1920, it seems equally crucial to consider the next hundred years and ask where the road to true equity should take us next. Is there a “women’s movement” in 2020? What does the turbulence of 2020 teach us about what 1920 left undone?

The fact is, with all the problems we face, we need women’s voices, visions and values more than ever, and we all benefit when our institutions and industries are as diverse and reflective of the communities they aim to serve. Read on for galvanizing words from prominent female leaders who offer valuable insight, inspiration and powerful calls to action.

Marianne Schnall is the author of “What Will It Take to Make a Woman President? Conversations About Women, Leadership and Power” and the founder of Feminist.com and the What Will It Take Movements.